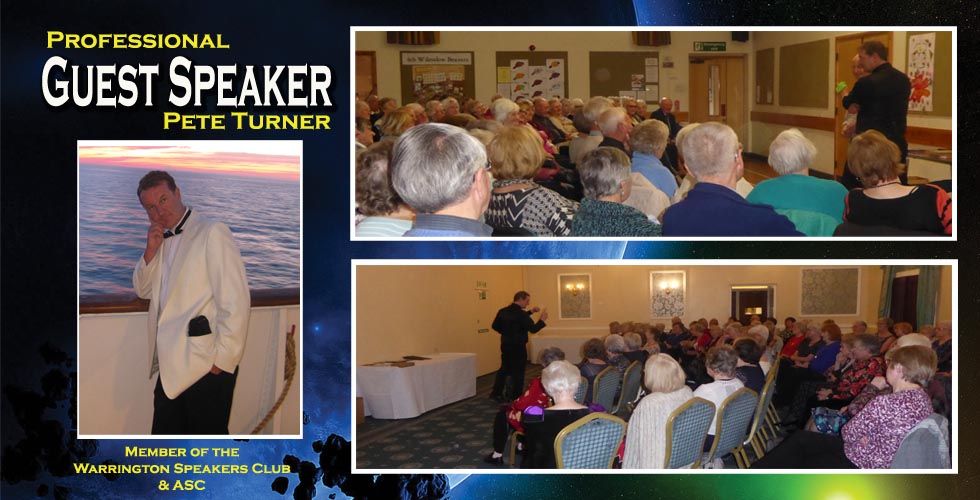 Pete Turner is one of the country’s top guest speakers. He has delivered his talks for almost 12 years for all kinds of organisations, groups, clubs and societies. He can accommodate his lectures both as a guest speaker and as an after dinner speaker in the Birmingham and West Midlands surrounding areas. His talks will inspire groups, societies and clubs such as Round Table, Rotary, Luncheon Clubs, 41 Clubs, Probus, WI’s U3A,, Guilds and many other organisations.

Pete has six lectures on this topic, each lecture is informative, light hearted and humorous and there will be some magical moments that will make you think twice. Each talk lasts between 55 and 66 minutes. The lectures are also interactive; therefore a few volunteers will be required to help with the experiments and demonstrations. Pete’s lectures are inspiring, fascinating and have many twists and turns that will completely bowl you over. Pete is also a close up magician and has been on the magic circuit for almost 25 years. His specialised skills in fooling the skeptics of our logical world require clever agility and know-how. Pete has created amazing lectures and transformed them into a different kind of science…a light hearted topic on the art of deception. Pete’s lectures are intriguing. They include experiments on misdirection, demonstrations on deception and a presentation on perception.

Pete Turner has been on the guest speaker circuit for almost 12 years. His experience in this field has given him the confidence to deliver a professional standard talk for your event. Pete has lectured for top cruise liners such as Travelscope, Maritime Voyages and Fred Olsen. He has delivered over 55 lectures on the seas of the world. Pete also is a member of the ASC which is a national organisation for guest speakers. He is also a member of his local speakers club. Pete has won awards making him one of the most recommended speakers in the country. 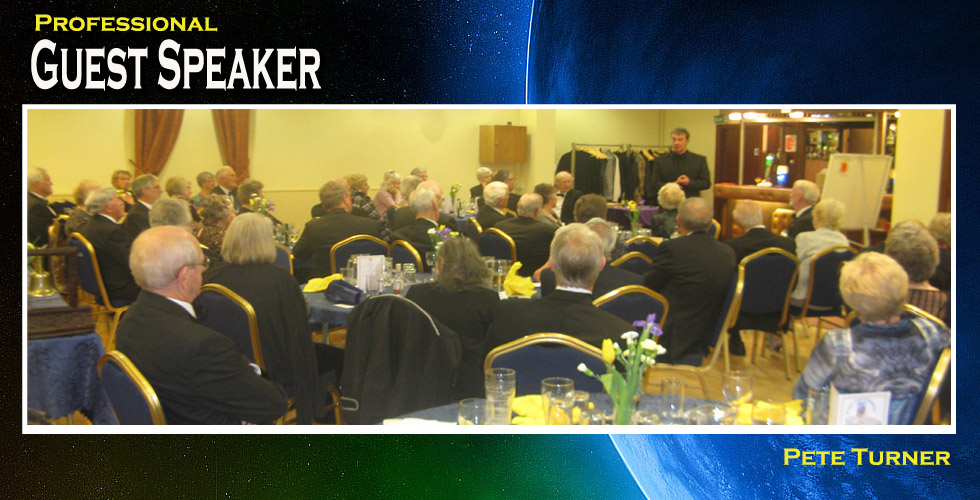